The Patterson Elite team made the trip to St. Louis for the 2021 Midwest Nationals to wrap up our racing season. Todd, Jay, and Ryan were all hoping to end the season on a high note and bring home some hardware! With over 350 cars on the property, we knew that we had our work cut out for us. NHRA National Events tend to bring out the best in drivers from all across the country who have something to prove, and St. Louis was no exception.

Jay lost second round by .0002 (less than an inch), and finished out his season with a Top 10 finish in Division 5, which is certainly nothing to be ashamed of for his first full season of racing!

Todd was able to make it to Race Day Sunday, but lost fourth round after having an issue with his transmission brake.

Ryan stayed consistent throughout the entire event, and found himself in a final round for the third straight weekend! The weekend prior, Ryan won Sportsman at the Division 5 Summit ET Finals in Topeka behind the wheel of his 1984 Grand Prix that he bracket races nearly every weekend. His win at Heartland Park earned him one of eight spots to race for a World Championship Sportsman Trophy in Las Vegas at the NHRA Dodge SRT Nationals. Two weeks before St. Louis, Ryan made it to the final round at the Earlville Divisional, losing a tough heads-up battle by less than two hundredths of a second.

Hungry for his first NHRA National Event Wally since 2016, Ryan was determined to end up in the Winner's Circle. His opponent, Wes Neely, is an extremely talented racer who has had an unbelievable season himself. Wes turned on a red light to give Ryan the win, which propelled him into the Top 10 for National Points Standings. As a result, Ryan will be driving the Omaha Track COPO in addition to his Grand Prix at the Las Vegas National Event in hopes of finishing Top 5 in the World! Congratulations to Ryan, we couldn't be more proud! 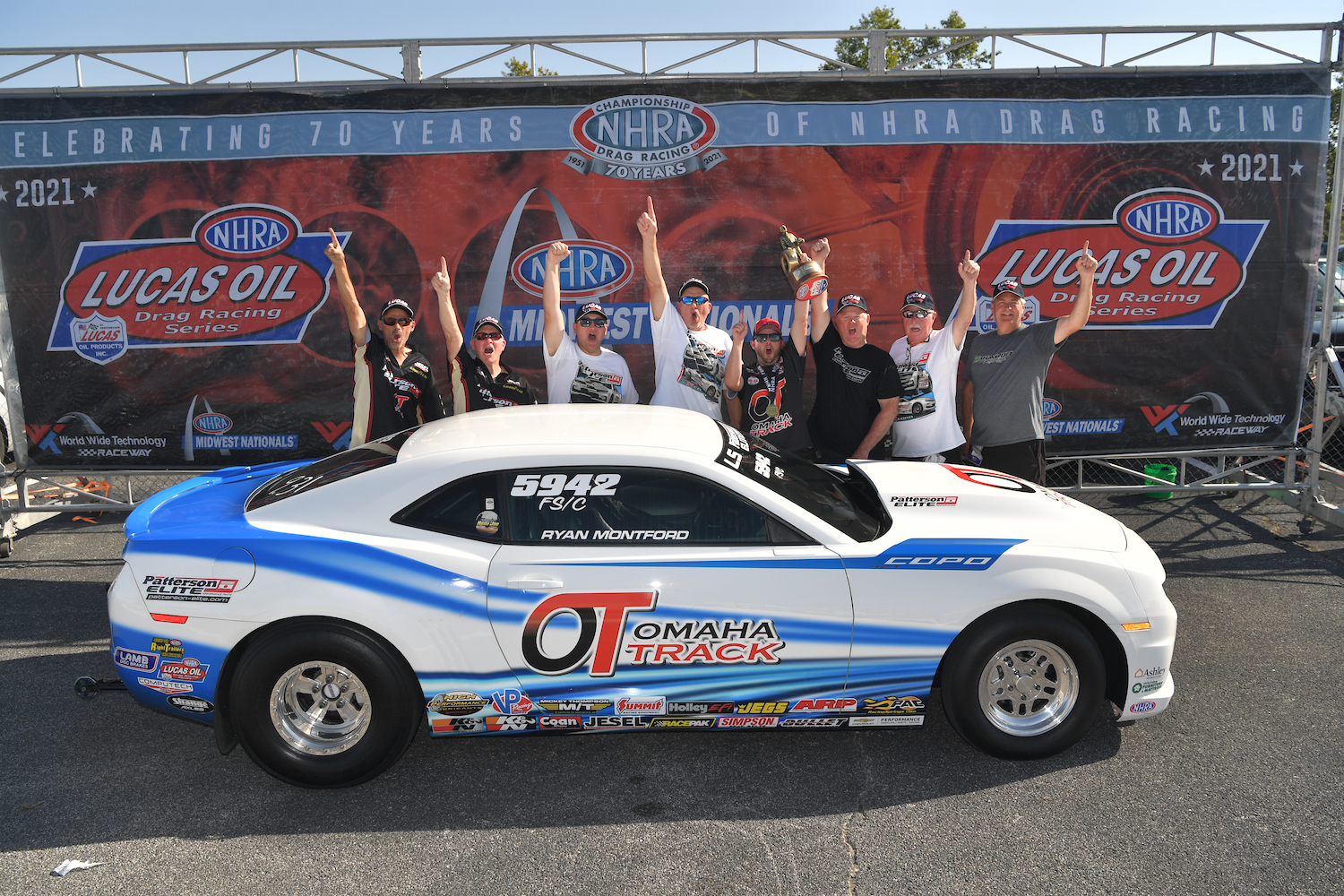