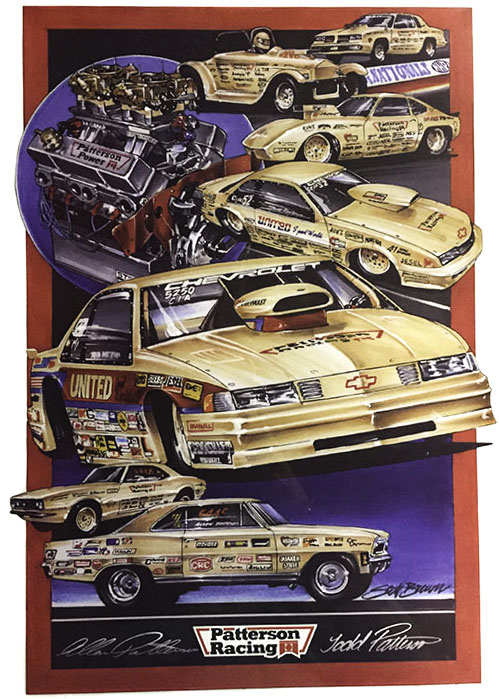 In 1960, a 15-year-old kid with a Flathead ’40 Ford Sedan, who wasn’t old enough to even drive to the dragstrip knew that’s where he belonged. He talked his cousin into towing his car to a drag race in Great Bend, Kansas, which is the quarter mile that gave birth to the National Hot Rod Association’s U.S. Nationals. However, these two kids almost never got there.

Still fifty miles from the race track, Allan Patterson found himself unhooking his precious Ford from an uncooperative tow vehicle and simply driving the race car to the track. He arrived in Great Bend alongside his drag racing heroes with his pockets as dry as the Kansas plains he’d just crossed, but this kid wanted to race.

The first run down the track he was nervous as heck, but the timer had good news. He’d just set a National Stock class record. But he still had to back it up.

On the second run down that burning asphalt, the flathead started to cutting out. The Ford was out of gas. The sweet taste of that National Record disappeared as quickly as the cash he used to get there.

Now, almost sixty years later, Allan Patterson along with his son Todd have established a long history of competing in classes from Stock to Pro Stock, with most of Todd’s wins coming in the ultra technical Competition Eliminator category.

Other racers had started asking Allan to build their engines — he seemed to have quite a handle on the secrets of drag racing. All through the seventies, Allan’s engine-building business in the garage behind his house continued to grow. 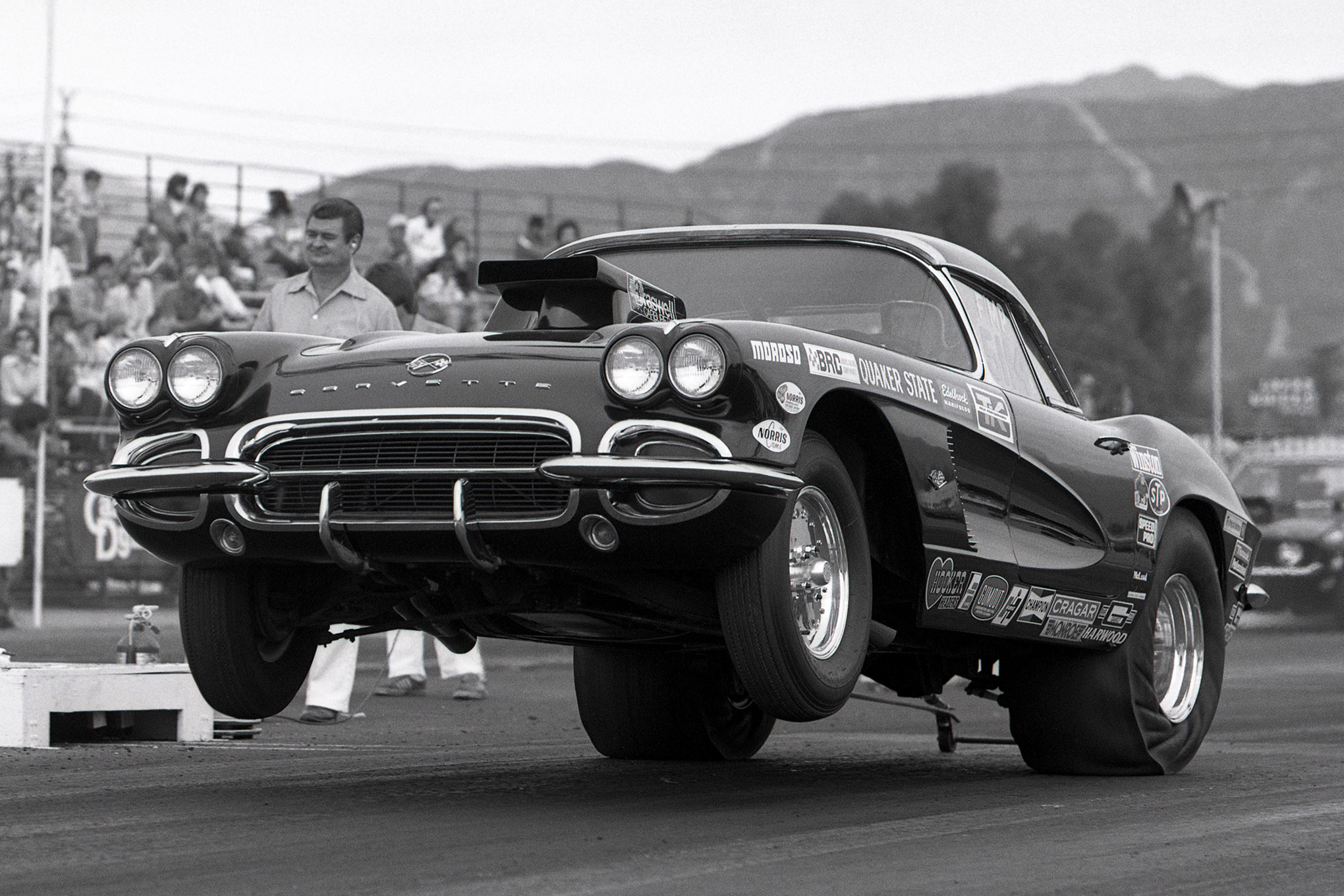 At the U.S. Nationals in 1978, Allan fell in love with a Super Stock L-79 1966 Chevy II. The car had already been driven by Cotton Perry to a national event win that year. A recognizable Patterson Racing tradition emerged with the purchase of that Chevrolet. When the crew insisted on a lower maintenance exterior than their current shiny black ’62 Corvette, the Chevy II came back from the paint shop GM stock beige.

With the move to full-time racing and engine building in 1979, the Patterson's continued to enjoy Super Stock success. In late 1983, Todd began his driving career and soon after he took over as the primary driver. The Patterson's made the switch from Super Stock to the Competition Eliminator category. 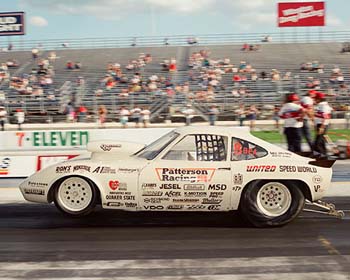 The Patterson's first national event win in Competition Eliminator came at the Mile High Nationals in 1986, in a street roadster. The roadster was the old Wayne County Speed Shop Modified Eliminator Car. Todd then captured a win at Pomona and his first Division 5 championship in ’87, with a Buick Opel, the “world’s fastest A-Gas car,” that Dave Hutchens from Wayne County had driven to fame.

In ’92, Todd secured another big win at the Gatornationals in a beige Lumina. “Anytime you go east in Competition Eliminator, there’s a lot of good cars. If you can win against that type of competition, you know you’re running against the best.”, Todd had stated. His second Division 5 championship came that season, also.

In 1993, the sweet taste of US Nationals victory was finally theirs. “That was the biggest win I’ve ever had. There are so many guys that are great racers that through their whole career haven’t had the opportunity to win at Indy. We had been going to that race since 1976 religiously. To finally get over that hump and win it, that’s the big one.”

Division 5 Championships also came in '93, ’94, and ’95. Todd also clenched the number two spot in the Competition Eliminator Winston World in ’94 and ’95. 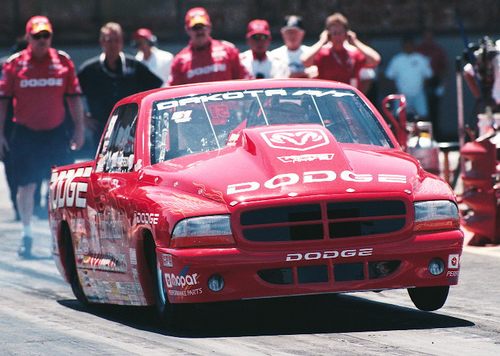 Taking that success to the  professional ranks, Todd spent stints driving in both Pro Stock and the short lived Pro Stock Truck categories. In fact, Todd has even drove Pro Stock at the ANDRA Winternationals at Willowbank Raceway in Queensland, Australia, before returning to their roots and focusing their attention to the Sportsman racers that are the lifeblood of drag racing. Initially, Allan Patterson got his reputation for light-weight racing pistons. The Patterson's were  running pistons lighter than anyone else thought possible. The team still offers this piston-building  service today, along with complete engines, performance components, and complete race cars. That’s right, Patterson Elite Performance isn’t just an engine shop any more. They now upgrade, customize and set up race ready COPO Camaros for competition in Sportsman categories and  Factory Stock racing. Their COPO Camaros are taking the dragstrip by storm, with multiple  National Event wins and National Records. 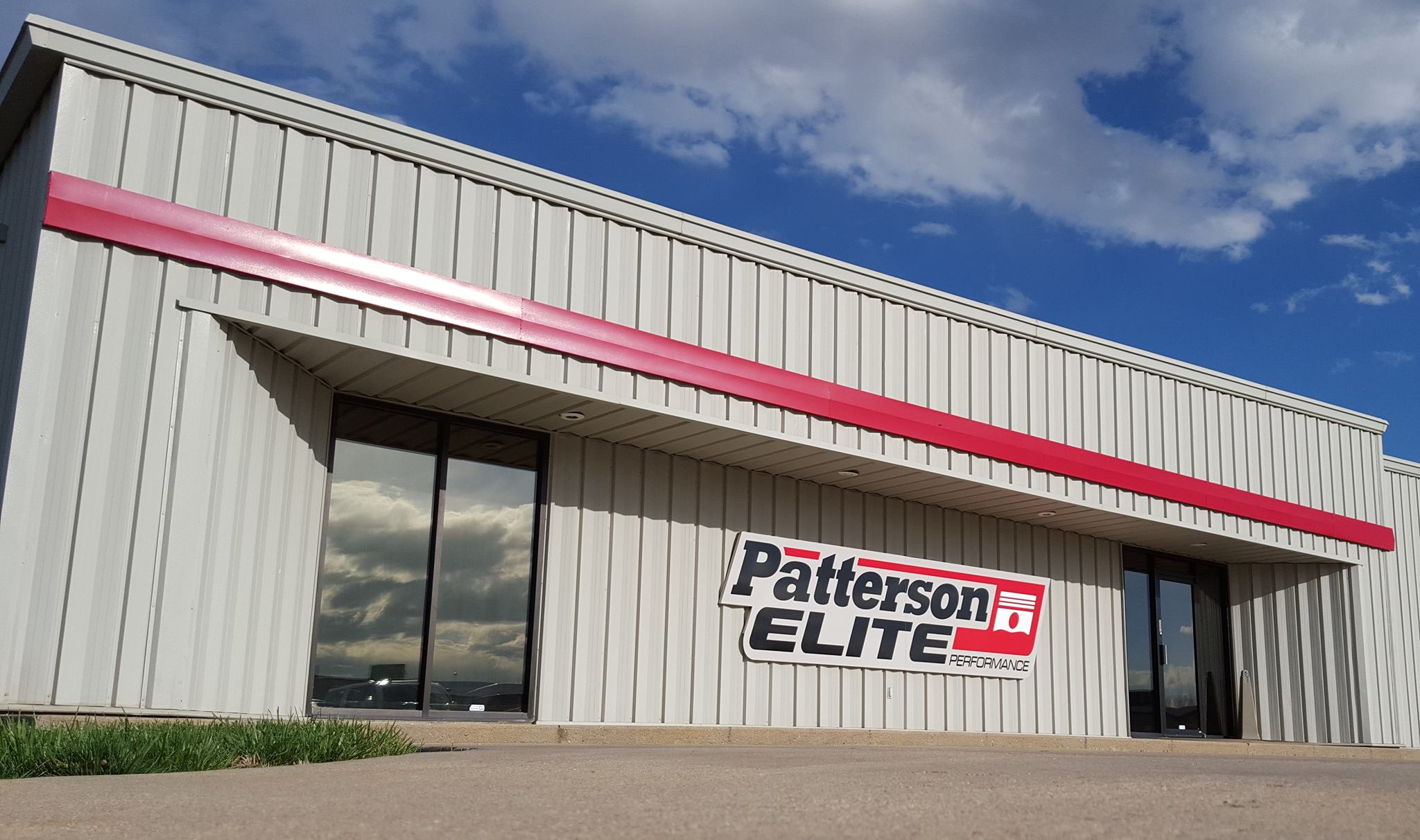 Patterson Elite Performance knows that racers want to buy their parts from somebody that they trust. Always innovating, in 2016, Patterson Racing merged with Elite Motorsports to form Patterson Elite Performance. Adding the expertise and technology of a world champion Pro Stock team has allowed the Patterson's to make their engines and components better than they’ve ever been while bringing their customers the same dedication to providing the highest quality service and products that they have come to know.