It was a very hot and windy weekend at SRCA Dragstrip in Great Bend this year. Heading into the race, we all knew that there would be many challenges, given the weather conditions as well as the fact that the racing surface was "brand new" and had never been raced on prior to the Division 5 event. The race was scheduled to finish on Saturday evening, giving racers the opportunity to get an early start on Sunday and head to Heartland Park Topeka for the National Event the following weekend. However, a severe storm late on Saturday halted all racing for the remainder of the night. With three customers in the semi-finals heading into Sunday, each driver and crew was hungry for a Wally!

Kyle Firestone (Top Sportsman) was the first to pick up a win on Sunday, and it was his first ever Divisional Event victory. He has been racing with his father, Allen, for many years and was very excited to come out on top!

Ryan Montford (Stock) was soon to follow after he had a bye in the semi-final round early Sunday morning. Representing Omaha Track and Patterson Elite, Ryan's car made consistent passes all weekend that propelled him straight to the Winner's Circle!

The third and final engine customer of ours to bring home a Wally was Tim Nicholson (Super Stock) of Cassil Family Racing. Tim was able to string together some great lights and drove the finish line well enough to bring home his fifth Lucas Oil Drag Racing Series victory!

Thank you all for choosing Patterson Elite to supply your horsepower! Great job! 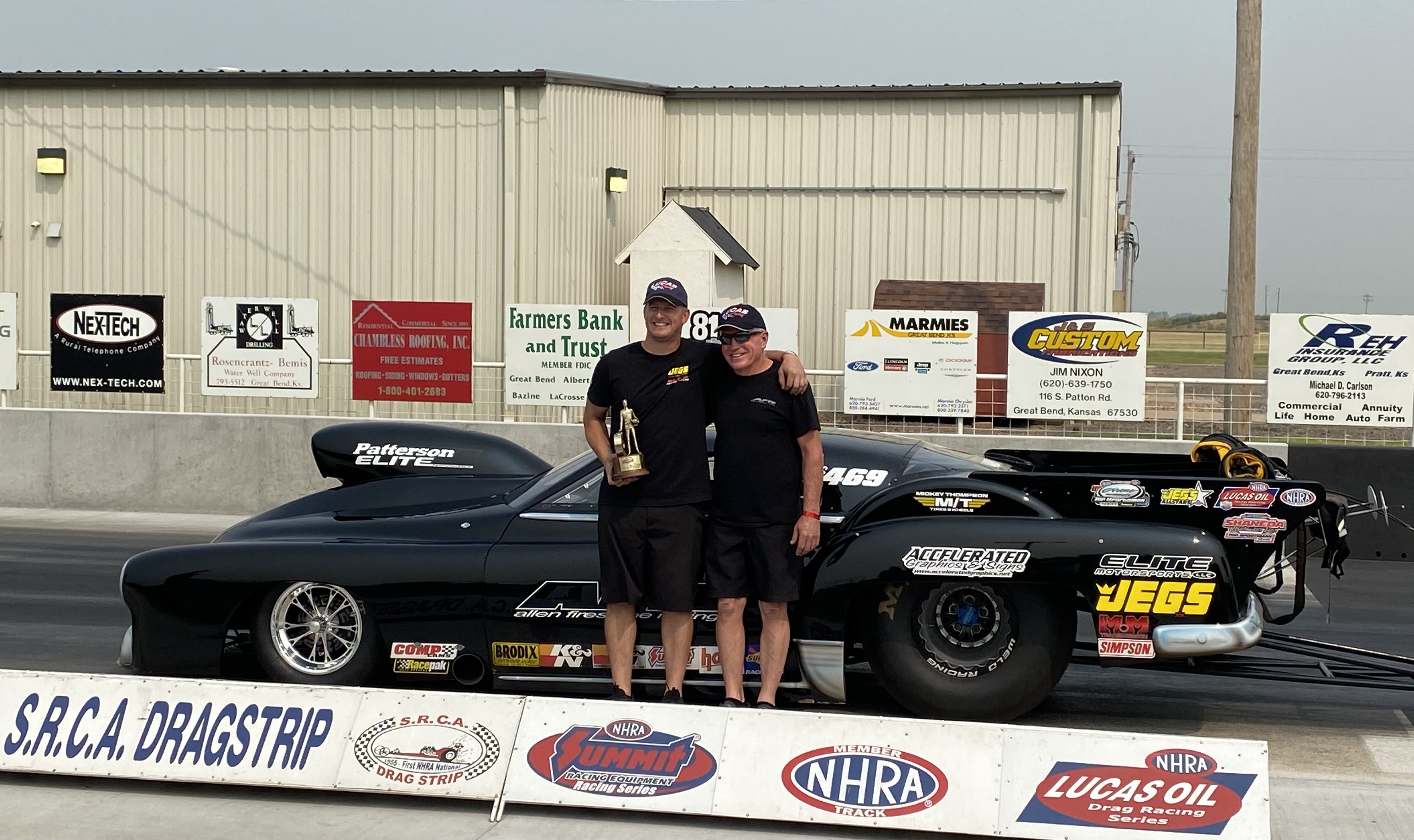 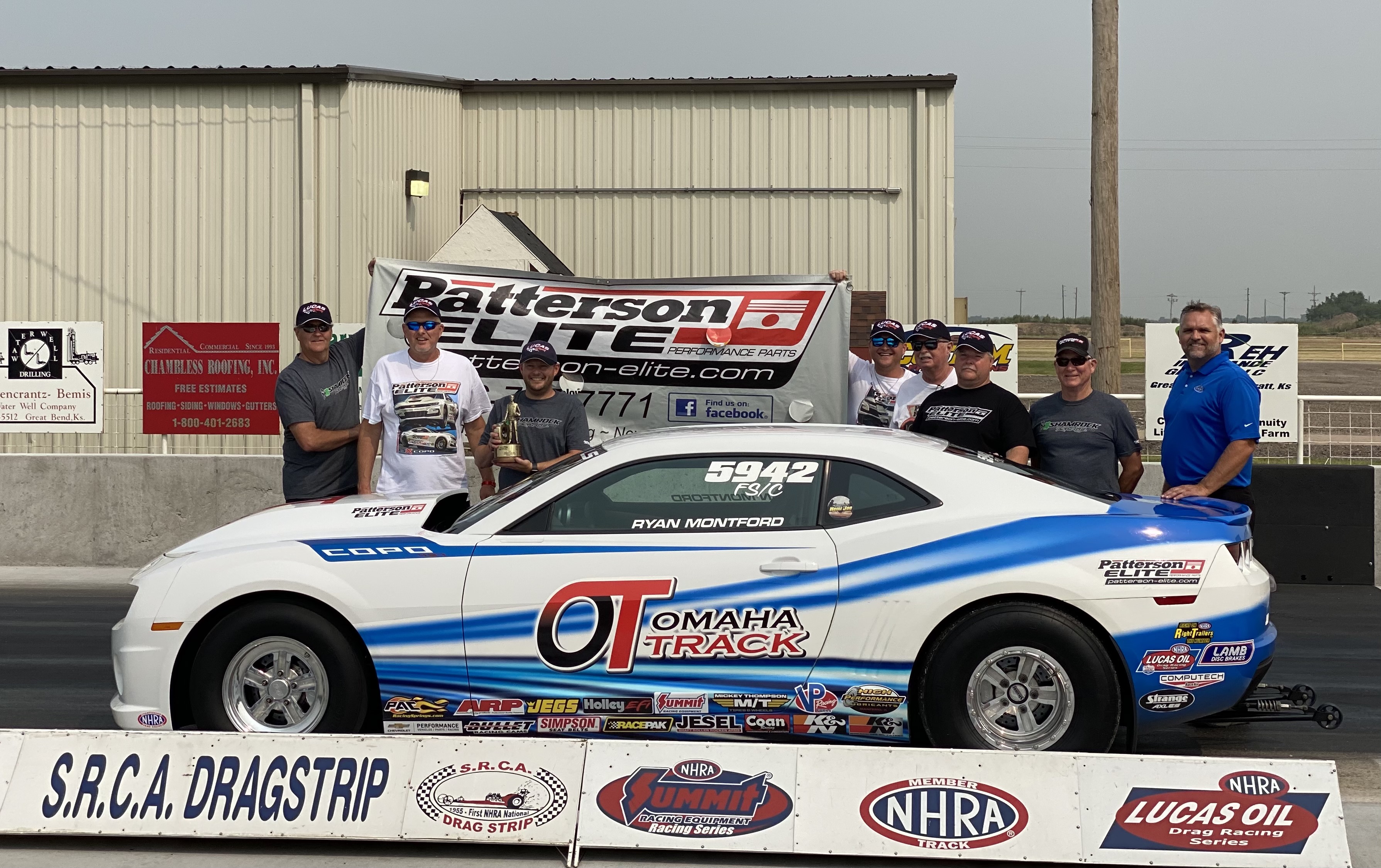 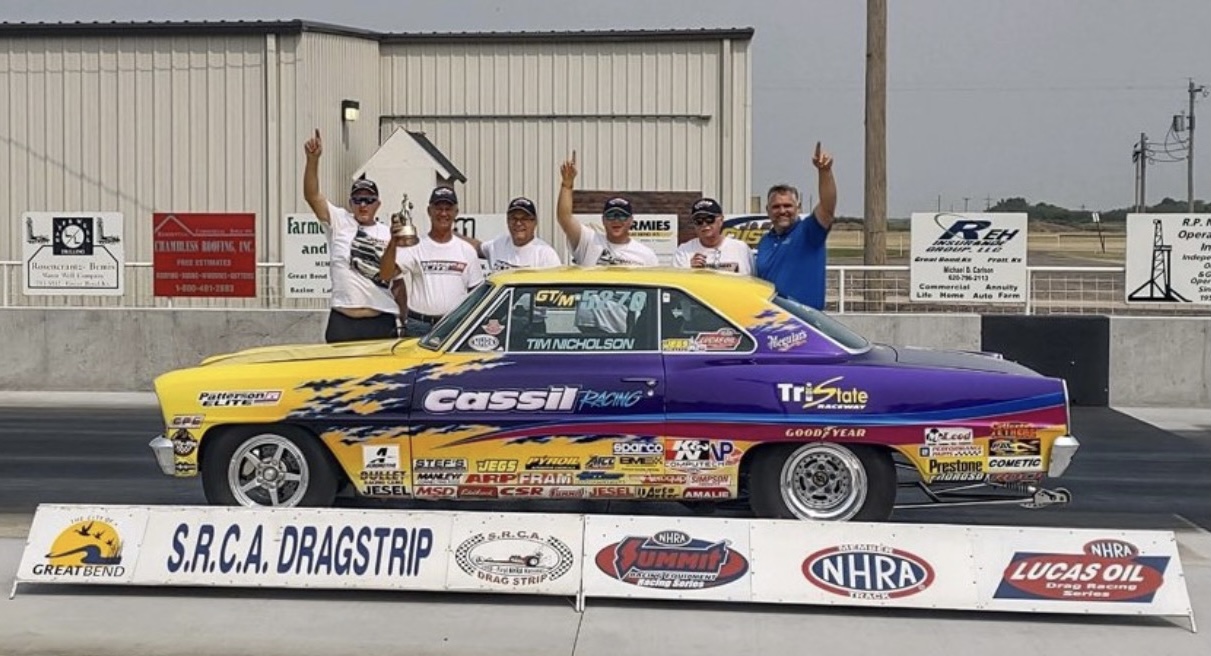