Augusta, KS, May 22, 2019 – In 1979, when Patterson Racing started, Allan Patterson had no idea that 40 years later his little engine shop in Augusta, Kansas would come to be known as one of the leading builders of performance engines worldwide. Top racers from across many forms of motorsports, from Patterson's roots on the drag strip to the wild world of winged sprint cars, have relied on Patterson Power to keep them winning, season after season, decade after decade.

To celebrate this milestone the company, now Patterson Elite Performance, is debuting a 2019 COPO Camaro this spring. As is only fitting, the livery features a throwback to the iconic Patterson cars of the past. The car will compete in NHRA Super Stock and is decked out in “Patterson Beige” with homage to long-time sponsor United Speed World. Allan’s son, now company owner and operator, Todd Patterson, will once again assume driving duties behind the wheel. 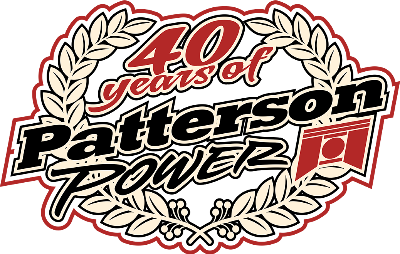 “Forty years is a major milestone for any business, and especially one in the super competitive world of performance engine building. It’s an honor to be celebrating so many years of success and a privilege to lead this team into the future of cutting-edge motorsports,” says Todd Patterson, “This car is going to be a lot of fun to drive and we hope it is a big hit with racers and fans alike.”

Under the hood of the COPO is a state-of-the-art, Patterson Elite 427 cubic inch, naturally aspirated, Chevrolet Performance LSX powerplant build with the very best performance components. “We’ve got amazing support from top manufacturers like Jesel, Callies, Carter Maxwell Goodyear, Pac Racing Springs and so many more. The best in the industry has come together to help make this special project happen,” says Patterson.

The car will debut at the NHRA Menards Heartland Nationals at Heartland Motorsports Park in Topeka, KS on June 7-9, 2019. 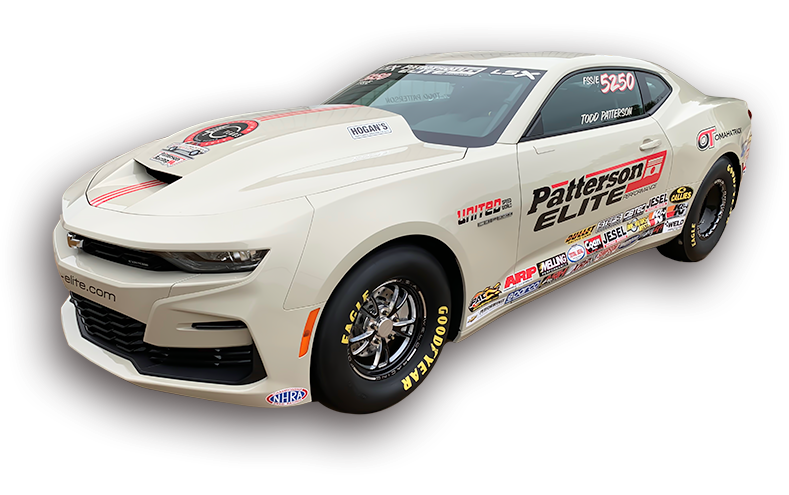